When most of us think about Jamaica, we picture gorgeous beaches, luscious dreadlocks, gifted sprinters, reggae music, and ganja. But Jamaica is a tropical nation, so it’s also the home to a vast array of insects. Today, we’re going to look at a few of the most common bugs in Jamaica.

You’re probably used to millipedes, those cute multi-legged bugs that curl up into a spiral when you touch them. But while centipedes have fewer legs, they look way more scary. They share the deep red tone of their millipede cousins, but centipedes are carnivorous. In Jamaica, centipedes grow up to 12 inches long and are referred to as Forty-Leg. They have an average of 35 pairs of legs. 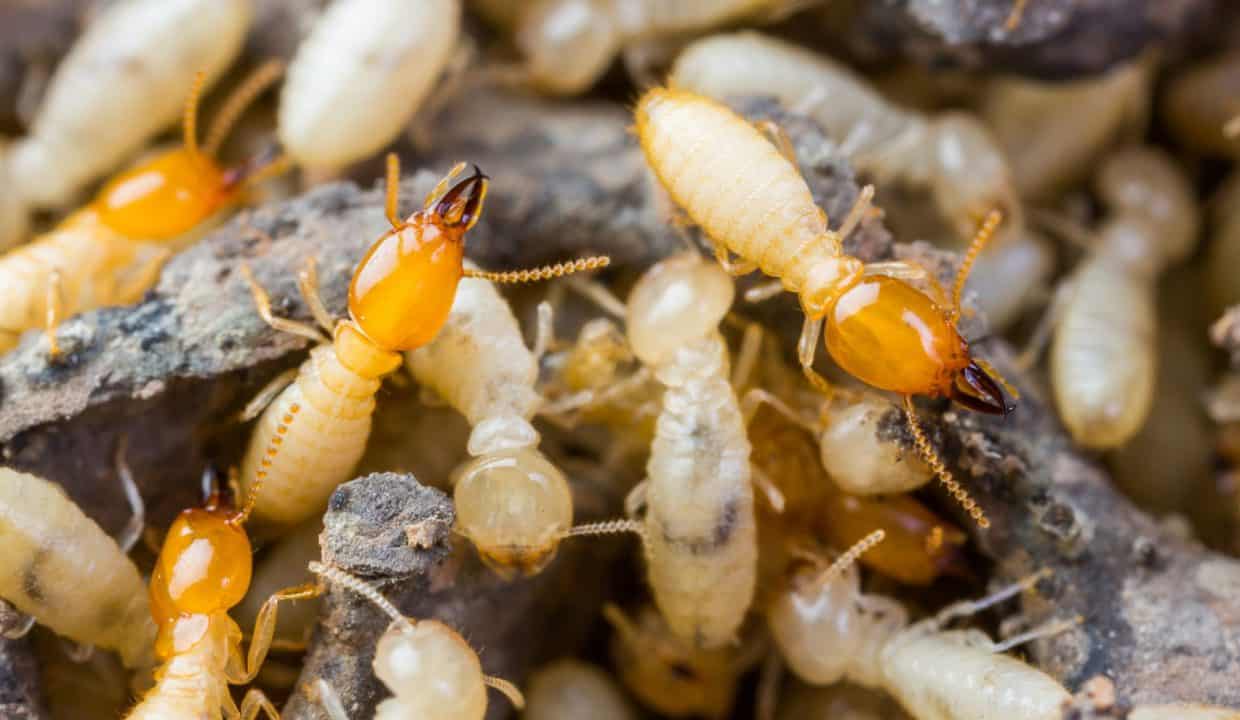 When you look at the bare, see-through bodies of termites, they seem weirdly vulnerable. That pale color comes from the lack of an exoskeleton, and you may think those cute little critters are harmless. But they’re among the most destructive household pests. They can eat through a 12-inch 2 x 4 in six months, and can do $7,000 to $8,000 worth of property damage every year!

With a name like that, this bug is sure to inspire nightmares! It’s among several common bugs in Jamaica, and no, it’s not a hairy eight-legged bird that stings! Actually, it’s a wasp that primarily feeds on giant spiders. You’ll know to stay away from it because it has bright orange wings and a body of beautifully iridescent blue-green, or sometimes jet black. But they rarely sting humans. 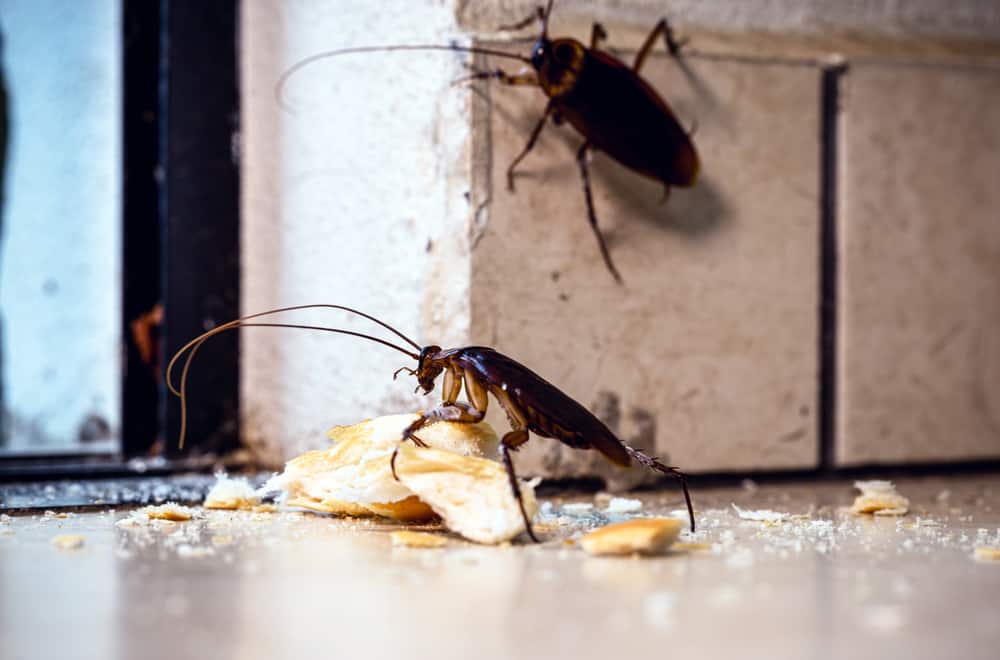 Roaches come in all shapes and sizes, from striped species to some with working wings. Yes, some cockroaches can fly … *shudder* In Jamaica, the main cockroach species are the German, American, and Brown Banded Oriental. They don’t bite, but they can pick at dead skin cells and any stray food particles on your body, causing a rash. But it’s worse if you’re allergic…

You can’t avoid mosquitoes if you live in a beach town. It’s a hazard of tropical paradise because the humid climate forms endless stagnant puddles for mosquitoes to congregate. Their buzzing and biting is annoying, but if it makes you feel any better, only female mosquitoes bite, and they do it to feed their babies. Aaw! That said, mosquitoes spread diseases like malaria and dengue. 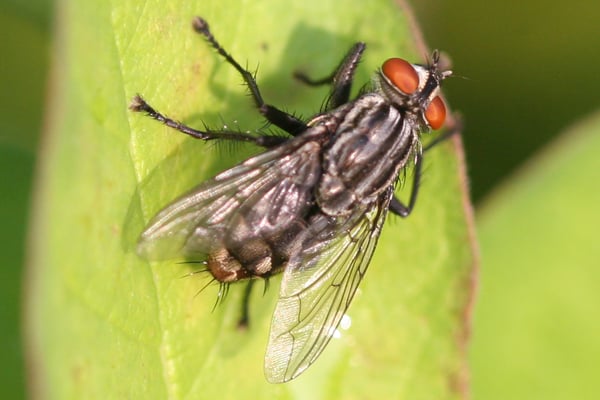 Flies are everywhere, from common house varieties to the blue bottles that hang out in open sewers. They only live for two to four weeks, but they can do a lot of damage in that time. They carry bacteria and other pathogens that spread various diseases. These fly-borne ailments range from mild food poisoning to potentially fatal cholera. Plus, they make your home seem filthy!

If you have cats or dogs that regularly go outside, you’re probably familiar with fleas. You might see them playing hide-in-seek in your pet’s fur, or notice a rash on your feet and ankles as they hop up your legs. But while sand fleas are common bugs in Jamaica, they’re just tiny crustaceans that clean ocean carrion. And they’re nocturnal creatures, so step carefully or you’ll crush them!

To a little kid, moths are just greyed-out butterflies. And some outdoor moths can be quite colorful even though their caterpillar forms are less endearing. But indoors, moths are bad for your wardrobe. And they live all over the world, even in Jamaica. Moths lay eggs on your stuff and as the eggs hatch, they eat the fibers of your rugs, shoes, towels, carpets, and other fabrics.

They’re called noseeum, and yes, it’s a pun – they’re so small you can barely see them! But these tiny creatures have an awfully big bite, and when they attack, you’ll experience a burning itch that produces red ridges on your skin. Their bites are annoying but easy to treat with calamine lotion, a cold compress, rubbing alcohol, or hydrocortisone. Or just use warm water and soap. 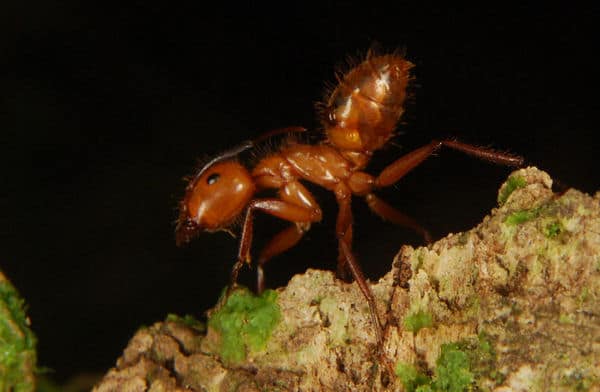 Ants are extremely strong creatures that can carry several times their body weight. They live in hierarchical colonies and seem to have a hive mind that drives their actions, each one with a role to play and a body adapted to that task. Benign ants will sneak into your sugar dishes and can be annoying. But fire ants are carnivorous and have venomous bites that seem to burn – look out!

Good night, sleep tight, don’t let the bed bugs bite, right? Except once they’ve infested your home, you can’t stop them from feeding. These blood-sucking bugs only grow to 5mm and are as thin as a sheet of paper. They don’t cause or spread diseases, but colonies can cause anemia and allergic reactions. Try natural remedies like essential oils, vinegar, chili, ginger, or green tea. 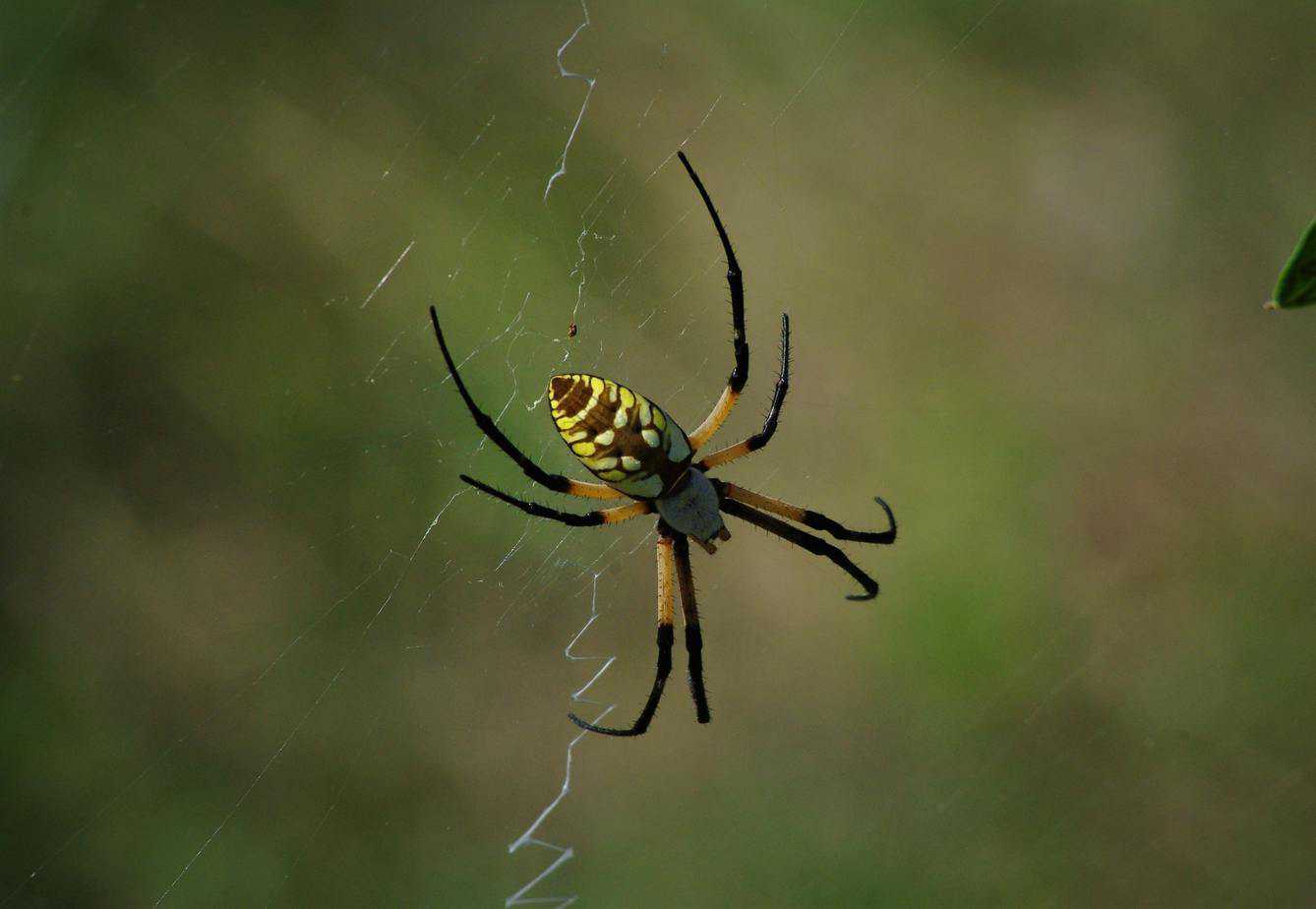 As humans, we have this seemingly primal fear of spiders. Maybe it’s the weird way the walk, or the unexpected terror when you accidentally walk into a web and feel that eerie silk string across your skin. But while most household species can’t poison humans, banana spiders have venom. Some say it slows your heartbeat, others say it merely stings. Either way, don’t try to cuddle one!

Spider bites hurt, even if they’re not venomous. And bee stings are such a pain. But bee stings can only harm you if you’re allergic. Otherwise, just cry it out, remove the stinger, and soothe the sore with an ice pack or calamine lotion. Avoid agitating them, because once they sting you, they literally yank out their insides trying to pull free, so it hurts them more than it hurts you!

Can bugs see color? Well, allegedly, sand flies and horseflies can, since you’re advised to confuse them with light-colored clothing. In truth, they mostly see dark and light patches, so the point still stands. Horseflies are blood suckers and grow up to an inch. Like bed bugs and mosquitoes, they’re lured by carbon dioxide, but they’re active in daylight. And their bites hurt!

This worm is sometimes called the rasta caterpillar because of its bright colors and preferred habitat. As a worm, it has bright yellow stripes, red legs, and a red head on a black body. When it grows into a sphinx hawk moth, it turns a dull hairy brownish-grey. It does bite humans, but most animals take its bright colors and the toxic plants it feeds on as a sign to back way off!

Chiggers may sound like jiggers and have a similar spelling, but they’re completely separate. Jiggers are a type of flea while chiggers look more like ticks. They’re called berry bugs because of their bright red color, and other names include harvest mites, red bugs, itch mites, or bush mites. They attack your ankles, waist, or nethers, causing an itchy red rash and they eat the skin.

When we were little, there was a rumor that praying mantises could climb up your nose! That’s not true. But you know that other rumor? The one about decapitation while mating? That one is true and happens about half the time. They sometimes eat other body parts too. You know what’s even weirder? The headless fellas will sometimes keep going. Anything for the bloodline! 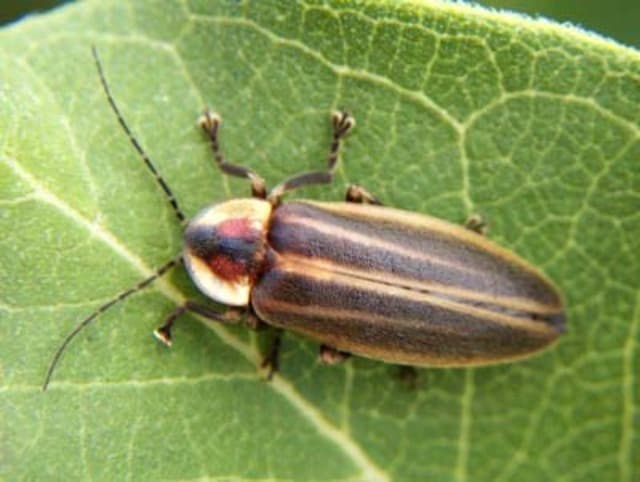 You probably don’t know what a firefly looks like in daylight, but you can’t mistake its green nightly glow for anything else! Jamaicans call them peenie wallies or blinkies, and those cheeky flashlights are mating signals. Both males and females have them, and they glow in distinct patterns and rhythms based on the firefly’s species. This stops them from cross-copulating.

Jamaica has a wide array of these seemingly dainty creatures. And while their bright colors are eye-catching to humans, they offer effective camouflage against birds and other predators. Some of those wing designs are virtually invisible when the bug is on a leaf or some flowers. They suck nectar using a straw-like proboscis on their heads, but their taste buds are located in their feet! 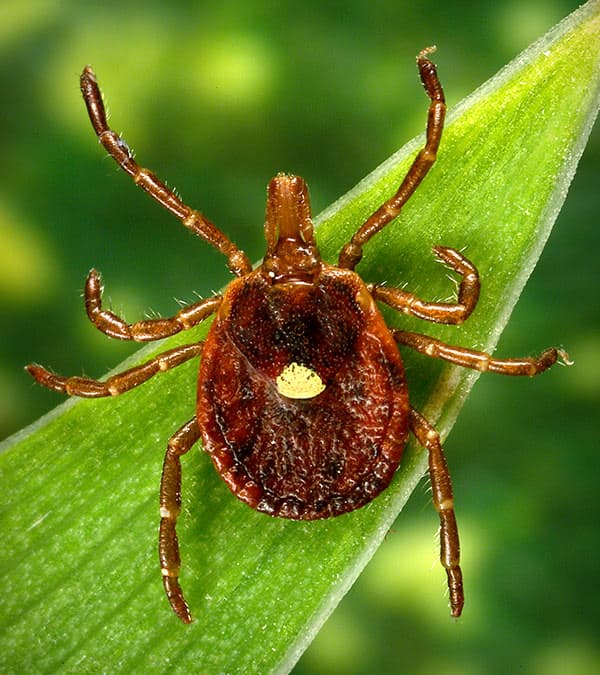 The Lone Star tick has a shiny brown body with a bright yellow spot or ‘star’ on its back. They’re sometimes called turkey ticks, water ticks, or cricker ticks, and love hot, humid areas so they’re common bugs in Jamaica. Like other ticks, they suck blood and can spread infections like Lyme Disease. You won’t feel the tick bite, and it could stay on your body unnoticed for up to a week.

These pests have been known to attack stored tobacco, both in nicotine packs and drying bales – that’s where they get their name. But they also raid stored cereals, dry goods, flour, and even animal feed. Don’t let their unassuming appearance fool you – these dull brown bugs can do a lot of damage. But they only eat while they’re larvae and pupae. They live four to six weeks max.

Do you know any common bugs in Jamaica that we forgot to mention? Tell us in the comments!